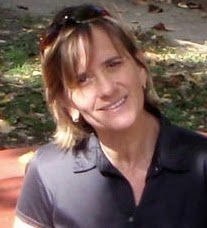 Lisa Sewell is the author of Impossible Object, which won the 2014 Tenth Gate prize from The Word Works, as well as The Way Out (Alice James Books) Name Withheld (Four Way Books), and Long Corridor, which received the 2009 Keystone Chapbook award from Seven Kitchens Press. She is also co-editor, with Claudia Rankine, of American Poets in the 21st Century: The New Poetics (Wesleyan 2007) and Eleven More American Women Poets in the 21st Century: Poetics Across North America (Wesleyan 2012). She has received grants and awards from the Leeway Foundation, The National Endowment for the Arts, the Pennsylvania Council on the Arts, and the Fine Arts Work Center at Provincetown, and held residencies at the Virginia Center for the Creative Arts, the MacDowell Colony, Yaddo, Fundacion Valparaiso and The Tyrone Guthrie Center. Recent work is appearing or forthcoming in Harvard Review, Ploughshares, Salamander, Crab Orchard Review and Prairie Schooner. She lives in Philadelphia and teaches at Villanova University.